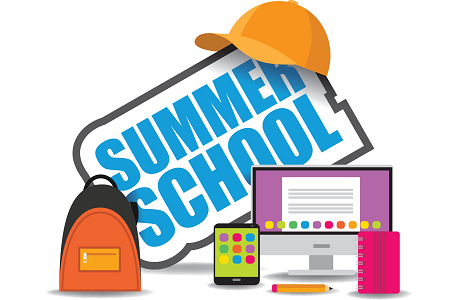 It was the first week of June. Gabi just finished her third year of high school in El Sereno. However, when she received her report card in the mail, she learned that she failed a semester of algebra. This meant she had to go to summer school.

Gabi was glad she had the chance to make up the class. She can’t move on to the next level in math if she doesn’t pass algebra. Summer school isn’t easy though. Gabi has to master the material in 6 weeks instead of the 20 she had during the regular school year.

Gabi had to be in summer school from 9 a.m. to noon. She couldn’t stay up late on weeknights or sleep in. She had to be on the bus at least an hour before class started or else she would be late. The classrooms were hot since the school building was old and did not have air conditioning. When Gabi came home from school, she couldn’t do whatever she wanted. After Gabi took the bus home from school, she had homework to do.

This was the first time Gabi had to go to summer school. She wanted it to be the last time. Gabi made a promise to herself. In the fall, when regular classes begin again, she will try her hardest to pass. Sweating in a classroom while your friends are out having a good time is not fun. Summer break is not so much of a break when you have school.