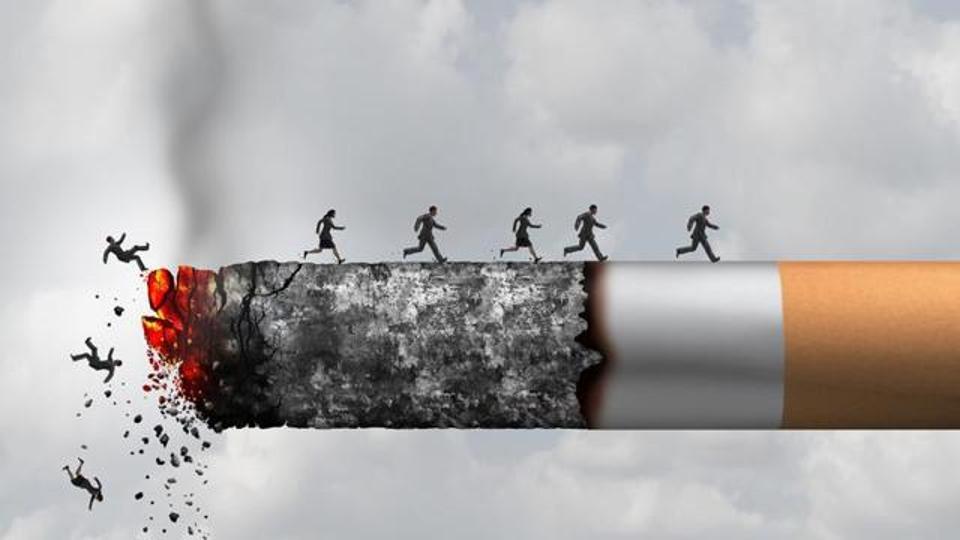 به فایل شنیداری این بخش گوش کنید.
۱٫ How does the speaker feel about smokers huddled outside buildings in the cold?
a) She thinks they should be allowed inside.
b) She feels somewhat sorry for them.
c) She cannot understand them.
d) She has no sympathy for them.
۲٫ What does the speaker think about the attitudes toward smoking in England?
a) That there are no rules regarding smoking.
b) That there is no campaign against smoking.
c) That public education is lacking.
d) That smokers ignore the rules.
۳٫ What was the problem with the customer at the Chinese buffet?
a) She was smoking near people who were eating.
b) She was holding a cigarette over the food.
c) She was eating while she was smoking.
d) she was in a non-smoking area.
۴٫ What does the speaker say would have happened to the woman in an American restaurant?
a) She would have had to pay a fine.
b) She would have been asked to stop.
c) She would have been asked to leave.
d) She would have had to destroy her cigarettes.
۵٫ What was the result of her experience in Europe?
a) It made her want to stop smoking.
b) It made her think that smoking rules need to be changed.
c) It made her respect smokers in the United States
d) It made her more tolerant to smoker behavior.
۶٫ What is the talk mainly about?
a) How the speaker’s attitude changed.
b) Why the speaker quit smoking.
c) Why people should follow rules better.
d) How smoking rules have changed.
پاسخ سؤالات این بخش
۱٫ b   ۲٫ d   ۳٫ b   ۴٫ c   ۵٫ c   ۶٫ a

sometime earlier this year i took a trip to, England and France. uh, my family helped me out. uh… because i wanted to go see some friends in France. and i also had three people that i went to school with at Oxford. now, it was a wonderful trip, i really loved it. uh… but one thing that struck me… was how different_ i guess, i guess this would strike anyone_ uh, whene- whenever they travel, is how different cultures are… uh from your own. not just how different they are but how similar, but th- i suppose it is the differences that really stand out. uh… one of the things that, struck me very much was the difference in attitudes towards smoking. there is_ as uh_ as, many people know there’s a, a growing antismoking sentiment in this country. and, you see smokers huddled out- outside of their office buildings, in front of doors, with their cigarettes in their hands and, shuddering. uh keeping_ wrapping their coats close about them shuddering and, getting a drag off a cigarette. and, almost embarrassed, al- almost like they are fixers of, uh, illegal drugs. and uh. i al- i, i feel sorry for them in a way, but i don’t like smoking personally. so i don’t feel too sorry for them.

however when i went to, England and France, i got a new perspective, on this issue. uh… to be blunt, people in Europe smoke like chimneys. in my point of view, from what i could see. there are antismoking signs all over the place, but no one seems to pay, much attention to them. uh… uh, people seem to smoke anywhere and everywhere, and even though there’s antismoking campaigns. in fact, uh, when i was in England there was controversy, that i heard several times over the radio about, a member of the world cup team, the world cup soccer team, who smoked. and people were actually saying, “well he shouldn’t be on the team because he’s a bad example for our children.” well i think, if they want to look at bad examples for their children with smoking, they should just go out on the street, or go into the subways, or look in the mirror, even, because so many of them are smoking in very inappropriate places. i went to a Chinese restaurant in London, the food was very bad but that’s beside the point, and they had a buffet. uh, they had a buffet in which people could take whatever_ take what they wanted for a certain price. and there was this one woman, uh, this one English woman who ,uh, had her cigarette in her hand, lit cigarette. and she was blowing smoke, and holding her cigarette directly over the buffet food. and… i was appalled, that this would even be allowed. i thought, in America this person would be kicked out at a moments_ you know would be kicked out, immediately. ah… and, the, the other Americans at the table were really appalled too. and actually when i talked to an English person later, they, they were pretty appalled too. and they said that’s even ru- that’s rude for even British standards.

but.. it didn’t just, give me_ it didn’t just make me… feel that the, the Europeans are bad. and, uh, it just, it didn’t just have a negative effect. it almost_ it also had conversely a positive effect on my attitudes toward American smokers. there are a lot of American smokers who… have attitudes, and, you know, they will uh… you know, they will proclaim their right to smoke whenever they want, and they will ch- they will chafe, they will complain about antismoking rules. but, they will follow the rules, generally. if they cannot smoke in a s- in a public building. if the law_ if there is an_ no smoking sign, they will go outside. and they will not smoke where they are asked not to smoke. and, in general they do… have consideration for other peo- for nonsmokers. they will ask “can i smoke?” whereas it seems to me at least in Europe that people, just smoked. they didn’t ask for permission or anything. so this experience in Europe gave me more of a respect, for… for people who smoke in this country, even though i still don’t like smoking. i respect the fact, that they_ that even when they do_ when they do smoke they follow the rules, and try to respect other people’s feelings.