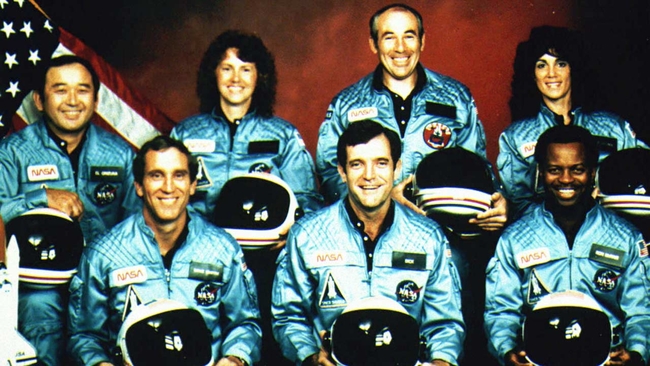 Chris knew exactly where she was on January 28, 1986. As a matter of fact, nearly all Americans can recall what they were doing at the moment the Space Shuttle Challenger exploded. It is one of the most tragic moments in the history of the country, and it is one that will not be forgotten. Chris was working as a clerk at a clothing manufacturing plant in Commerce, California, which is about three miles from downtown Los Angeles.

On that morning she was filing some documents when one of her coworkers came through the door into a large work area that contained about 20 employees. “The shuttle just blew up,” he shouted. Most employees were taken aback. They had no idea what he was talking about. Once again he blurted out, “The space shuttle just blew up in Florida.” Chris knew at that time something went very wrong.

The space shuttle program began in the early 80s, and continued to this day. The fleet consists of various shuttles that are designed to go into space, establish an orbit, and do a variety of tasks. It was heralded as a new era in space exploration. In the past, space exploration vehicles were used once, and then discarded. The shuttle program revolutionized the way space travel was done.

Chris couldn’t believe her ears. Soon almost all employees huddled around the lunch room TV set watching in horror the events taking place. It was a sad day for the United States, but it was also the beginning of a new era in space travel. The country rebounded from this disaster and restarted its program after a couple of years. There have been other accidents in the program, and most notably the Columbia, which disintegrated upon reentry in February 2003, but the U.S. will not be deterred. Space travel is dangerous, but the spirit of the American people will not be contained.