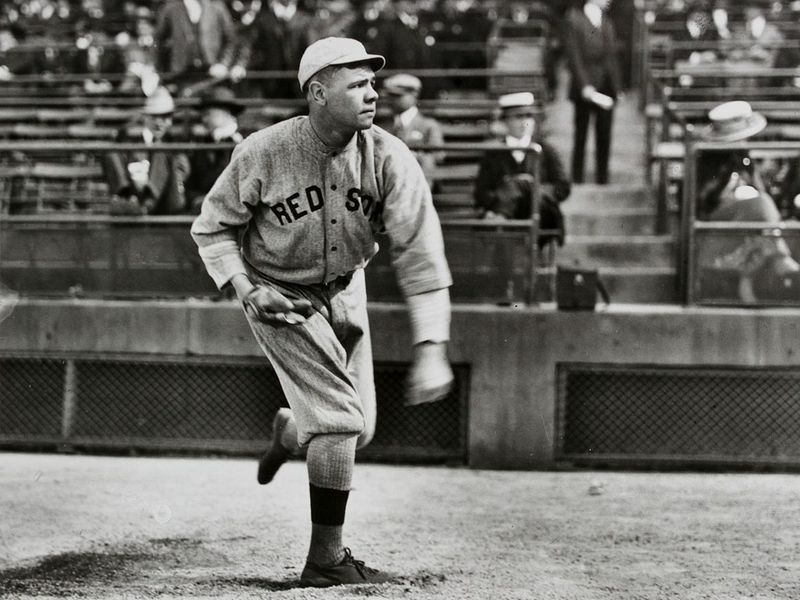 Arguably the greatest Major League Baseball player of all time is George Herman Ruth. The “Babe,” as he was known, is largely responsible for building the game as it exists today. The stadium where he played in New York is commonly called “The House that Ruth Built.” Ruth played baseball for 22 years for the Boston Red Sox, and the New York Yankees, where he rewrote the record books. He almost single-handedly invented the home run, which is baseball’s most cherished feat. Before Ruth, the home run was a novelty. It was a game of strategy, but the Babe changed all that.

Ruth was born in a rough section of Baltimore, Maryland in 1895. Much of his childhood has been lost to history. He spent a number of years at St. Mary’s reformatory school after being labeled as “incorrigible.” His behavior was thought to be beyond rehabilitation. When exactly he got his start in baseball is also a mystery. Some accounts offer that he was placed on St. Mary’s baseball team by the coach of the time. One popular story has Ruth being sent to the school because of his natural ability to hit a baseball. The story is that Ruth broke many windows while playing baseball on the streets, and that is why he was sent to the school in the first place.

Before the 1920s, baseball was a slow game that included advancing players around the bases by strategically hitting the ball within the park. Ruth came in and was soon hitting balls out of the ballpark to the delight of the fans in attendance. The home run became an integral part of the game. Ruth earned several nicknames because of his power, including the “Bambino,” and the “Sultan of Swat.”

When Ruth was traded by the Red Sox to the Yankees in a very unpopular move, the Yankees won seven World Series championships in his 12 years. Ruth made headlines for his after-hours antics in New York City as well. His drinking, and womanizing are well-documented. However, Ruth was a spiritual man who lived-out his years as a devout Catholic.