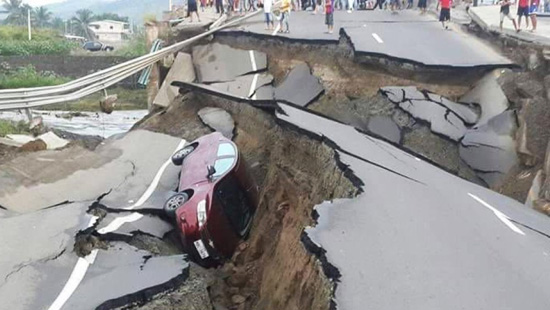 Jacquelyn and her family were sleeping in their home. Their dog Scruffy was asleep next to Jacquelyn. It was 4:36 a.m. and the night was quiet. There were no cars passing in the street, no noise could be heard, it was like everything was still. Jacquelyn always put a cup with water next to her bed, so that if she got thirsty during the night she didn’t have to walk all the way to the kitchen. That was when it happened. The furniture started shaking, and the cup of water fell to the floor. Scruffy started barking and it woke up Jacquelyn. She looked around and saw that all her stuff was shaking. She started screaming. Soon after, her father came in and told her to come out quick.

It was an earthquake. Jacquelyn was so scared, and couldn’t move. Her father went in and picked her up. He took her outside, where Jacquelyn’s mother and brother were at already. Jacquelyn and her brother were crying. They didn’t understand what was happening.

Luckily, Jacquelyn’s mother had prepared an emergency kit and had it outside. She looked for the key, which was hidden inside a fake rock, and unlocked the box. She pulled out blankets to keep her children warm. Jacquelyn looked at her mother and took the blanket. She then saw her dad take a flashlight from the box. He used the flashlight to see if the house had any damage. The father knew the house was not safe, so they stayed up until someone could examine the house.

The children didn’t have school due to the earthquake, so they spent the day with their parents. Jacquelyn was so proud of her parents, because they knew what to do during this disaster. She talked to her friends, and they weren’t so lucky. Jacquelyn went up to her mother and father and hugged them, because she knew she felt the protection of her parents.